Which Rivers Flow North In The US

There is a common misconception that rivers always flow down towards the equator.  The truth of the matter is that rivers flow downhill due to gravity.

No matter where the river is, it will follow the path with the least resistance. It can be south, north, west, east, or a direction between. Countless rivers flow north in the US.

The Red River is in the Mississippi catchment basin. The river is the second-longest in Texas. It carries an enormous batch of red soil in flood periods.

The eroded soil is what caused people to call it the Red River. The Red River flows northwards 550 miles from its source in Breckenridge.

The river begins at the southern border between Minnesota and North Dakota. It then flows north through Manitoba and into Lake Winnipeg. It touches two states and crosses to Canada.

The river falls 70 meters to Lake Winnipeg and was appointed as a Canadian Heritage River. The river’s valleys are used in the production of cereals, potatoes, sugar beets, and livestock.

You can have fun at the Red River ski and summer area, go hiking along the trails, fish, and enjoy some horseback riding. There is also rafting along the river as you eat some steak at Texas red steakhouse.

We have had the pleasure of enjoying some Italian food at capo’s corner and drink some brew at Red River brewing company and distillery.

Mojave River source is in the San Bernardino Mountains and flows north. The west fork of the Mojave flows into the Silver Wood Lake. The river flows underground and the stream is larger at its source than at its end.

It flows backward across San Bernardino County away from the ocean instead of towards it. The water rises on the northern and eastern slopes. This happens between Victorville and Apple Valley.

Water gathers from the north of the ridgeline and flows down a series of creeks. The river runs north into the desert 40 miles and turns east and runs 70 miles. It is usually a dry soda lake.

Genesse River begins at its source atop a hill in Potter County Pennsylvania. The river flows and ends at Lake Ontario within the city of Rochester.

Thereafter the river traverses the area known as Grand Canyon. It falls 3 times through over 600 feet. The river exposes older rocks such as shales and limestone. There are many places you can enjoy the Genesse River.

Fox River of Illinois is a major waterway with many small islands. Its canyon has an average gradient of 3.6 feet per mile. Its strong flow made the stream a good source of industrial waterpower.

Fox is a stream under siege, a 202-mile-long tributary of the Illinois River. This river doesn’t have aquatic organisms.

Fox River contains 13 dams and 15 major streams. The river has many public parks in the upper and middle sections. The lower Fox River has several popular canoe floats to access good fishing.

You can hike on the Fox River Trail, visit the river trolley museum south Elgin, shop at the Fox River Mall, and enjoy at McHenry outdoor theater.

The Bighorn River is the largest tributary of Yellowstone. The river is 461 miles long. Water flows from the Bighorn Reservoir into a river from a depth of 500 feet.

Public access to the river is limited to 3 points on the upper 13 miles of the river. Water currents are much swifter. Short runs are easily negotiable by raft, kayak, or canoe.

Fishermen can float and wade the waters of the Bighorn but only below the high watermark. Bighorn River flows are currently at 2500 CFS, and water temperature at 45 degrees. At bighorn, you can cycle, camp, fish, hike, picnic, and watch wildlife.

St. John is the longest river in Florida. This river runs up the eastern coast from St. Johns Marsh to the Atlantic Ocean.

The river drops only 30 feet in elevation which leads to slow flow and feeds Lake George. It is an estuary where seawater and freshwater mix.

The saw grass marsh area is filled with alligators, birds, and waterfowl. The incoming tides from the ocean cause the river to reverse its flow twice a day. Strong northeasterly winds can cause the reversed flow to last many days.

Wildlife is abundant in and around the river for hundreds of years. The river is home to plants and animals.

River Nile is the Longest River in the world and the most famous. This river flows north and passes through 11 different countries in northeastern Africa. The White Nile and the Blue Nile are the rivers principal tributaries.

North Flowing Rivers in the US

There are not many rivers in the US that flow north. Most of them flow south throughout their journeys.

However, there are a few that flow north and I hope this post on which rivers flow north in the US was helpful. Please share it and also follow me on Visiting Travelers Pinterest for more.

The best hiking trails in North Carolina are open at different times of the year. North Carolina is also the ideal place for big adventures especially when hiking is the primary interest. There are hiking trails that are perfect for all of us at varying levels of difficulty. 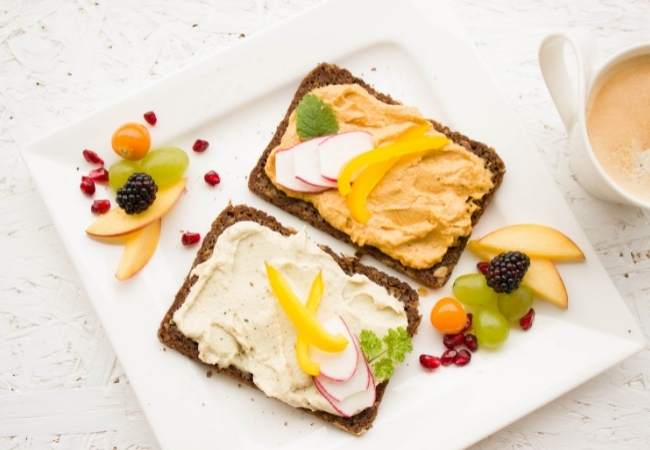 There are many lakes to visit in California for all types of fun activities. You can enjoy some fishing, boating, swimming, camping, and hiking on different trails around the lakes.